I’m really excited to share today’s post with you all…because I really love it, and because my sister Abby wrote it! I think it’s the perfect piece for Holy Week.

I enter the room. I’m a servant, so I’m allowed in here.

The men at the front draw my attention. There is Caiaphas, the high priest, tall and regal, with a stern face, his hands clenched into fists at his side. Near him are the scribes and elders, and the whole council, all talking in excited voices. But the One I am most focused on is the One who is bound. The One at whom the others cast spiteful looks. There is something in His face…a calmness that I cannot place. They are trying to accuse Him, and I know why. They want to put Him to death because He claims to be the Son of God. They are afraid He will turn the people away from obeying their rules. This is why I wonder at His look. He should be upset, fighting for His life. But He’s not.

They start to bring in false witnesses and I watch with wide eyes as they all try to accuse Him. The Man, whom I’ve heard them call Jesus, does not speak. Then they ask Him a question, and He lifts His head. Could that be? A smile on His face? No, it must be the light. He begins to speak, and I strain to hear, but all of a sudden there is scuffling near the door, blocking out His voice. I turn, irritated. A man enters, breathing hard, and he tries his best to silently move to the fire at the far end of the wall where several servants are gathered. His eyes keep flitting to the arguing group in the front, and as he turns his head, something dawns on me. He seems familiar, like I’ve seen him before…but where?

Oh, yes! I’ve seen him with Jesus in the streets. He is the one that would be pushing the crowds away so there would always be a clear path for his teacher. I’m curious about how much he would know about Jesus, and I edge my way closer. He turns when I tap his shoulder. His eyes are wild, but they calm when he sees I’m only a servant.

“You were with Jesus,” I blurt, motioning at the bound Man.

He glares at me. “No, of course not. I have nothing to do with Him.” Other servants crowd around, but he fights them off, insisting he knows nothing about Jesus. He leaves as quickly as possible, and I wonder about that.

If I were a follower of Jesus and were able to follow Him freely through the streets like I’d seen others do, I wouldn’t have denied Him. I glanced at the front again. No, a Man that speaks such wonderful words and performs such amazing miracles I would surely give my life for.

Little did I know that that very day, He would give His life for me.

Question of the day: What would you have done if you were a follower of Jesus on the day He was crucified?

One thought on “If I Were Him – Flash Fiction (written by my sister!)” 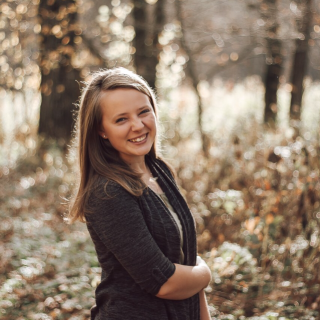